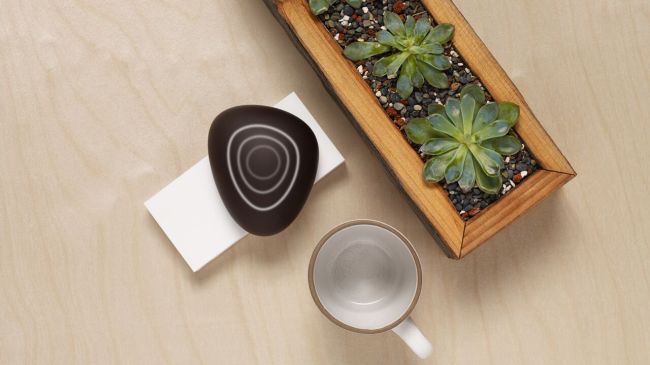 Intrusion Detection Systems have been around in the cyber security domain for some time now, but none have come in the form of a stylish coffee table addition as offered in the Dojo by BullGuard.

The Internet of Things (IoT) is coming alive with eco-systems of wirelessly connected devices as part of our pursuit of smart homes and even smarter lifestyles: thermostats, lightbulbs, televisions, door locks, refrigerators; the list goes on… Given that some computer users still struggle with precautions as simple as account passwords after years of widespread use, security professionals can perhaps be forgiven if they are kept awake at night pondering the threats that will accompany these devices.

This point has clearly not been lost on the team at DOJO-Labs, who have designed a deceptively inanimate ornament that wouldn’t look out of place in a Japanese water garden, but actually monitors Wi-Fi network activity for threats to your devices.

The Dojo device itself gets connected to your home Wi-Fi router via the base unit and handles the functions of threat detection and management. The pebble is linked to the base unit using Bluetooth and can therefore be freely moved around the house.

Like some conventional Intrusion Detection Systems found in a corporate environment, the device doesn’t examine or recored the actual detail of device data flowing around your network – it analyses the patterns of these data flows to establish a baseline. Any anomalies detected as part of this pattern analysis can then be passed to Dojo’s cloud-based cyber security engine for comparison with meta-data gathered from devices around the world. An example of a pattern anomaly might be a sudden spike in a particular type of TCP data packets, suggesting an intruder is attempting to scan a network for devices.

If a threat is suspected the Dojo user is alerted in two key ways. Firstly, the Dojo itself emits a coloured red glow, which is a novel feature for those who prefer not to be tethered to smartphones or tablets whilst relaxing around the house.

Secondly, the user is alerted by the Dojo app, where more detail will be provided on the nature of the threat, along with options for managing it; for example, blocking a connection attempt to a particular device.

The simple chat-like interaction with the app is a particularly nice feature for individuals of a less technical persuasion, helping to empower the whole family in managing household cyber security. 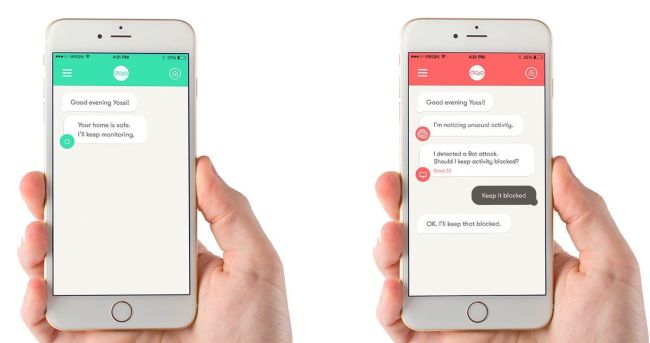 While the Dojo is still on pre-order at time of writing, initial proof of its effectiveness was provided at an MIT hackathon in 2016, where around 150 participants attempted to hack an assortment of 20 smart home devices. Once Dojo protection was applied the hack rate for these devices dropped from around 25% to zero – impressive indeed.

You can see a brief demonstration of the device in action in the following video:

In short, the Dojo looks set to be one of the most innovative, aesthetic and hassle-free cyber security solutions of 2017.