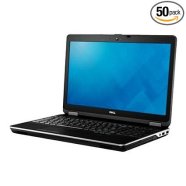 Some may not regard it as aesthetically pleasing as other premium laptops, but for business purposes the Dell Latitude E6540 comes armed to the teeth with features that support secure working practices.

Delving a bit further under the hood, the E6540’s motherboard is fitted with a Trusted Platform Module (TPM) – a chip designed for use as a repository for securely storing sensitive data and cryptographic key generation. Dell’s ControlVault software uses the TPM to keep passwords and other sensitive data separate from the system’s hard drive and operating system in case of corruption or attempted hacking.

To help stop malware in its tracks the laptop also comes loaded with Dell Protected Workspace software, which is based on Invincea Technology and provides internet access through a separate virtual environment from the main Windows 7 Operating System. This limits the extent to which malware infection from trickier sources such as zero-day exploits (vulnerabilities exploited before developers can develop a protective patch) are able to spread. Meanwhile, any data leaving the laptop on removable media such as CDs, USB sticks, external hard drives or SD Cards can be easily encrypted using Dell Data Protection | Encryption software, with customizable policies by user group.

Of course, secure computing isn’t just about virtual safeguards – laptops need to be physically robust, and the E6540 comes in a rugged tri-metal and anodized aluminium casing. That should help protect it in situations like being bounced around in a plane’s overhead locker.